Author : Alessandro Zanzi, 2010
I live in Varese (Italy), where I was born in 1957. I started collecting shells when I was young. Recently I begin to collect fossil conus: in my collection I have over 140 species of fossil conus. In May 2008 I purchased a Conus from the Cantaure formation, east of S. Jose, in the peninsula of Paraguana, a Miocenic zone. Initially I could not find documentation that would allow me to identify what species it was, so I have earmarked this fossil to examine later. After I have added to my interest the Conus fossils from California, I have collected some documents relating to some of the fossil species of this State with some illustrations of the species described, characteristics of the Eocene. Following a subsequent review of this documentation, I could compare my Conus from Venezuela with the image of Conus hornii (1) and his description (2). I have not been able, until now, to verify if in Venezuela were found specimens of Conus hornii, but I think this is really a Conus hornii. Even though Venezuela is very far from California, its coast is actually part of Gatunian province which includes the Caribbean Sea, Central America and the Gulf of Mexico (3). 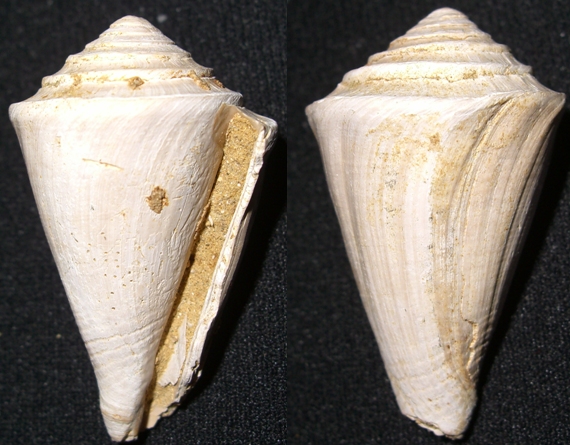 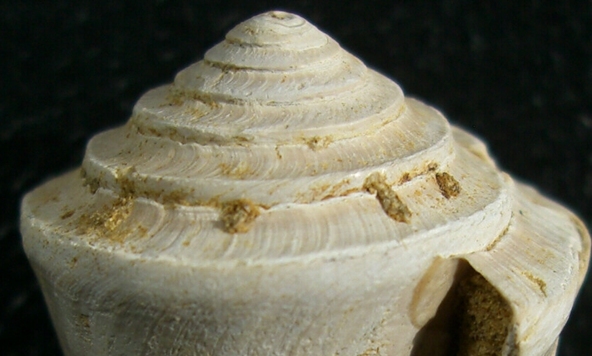 Conus hornii mm. 33,6 x 20,9 – Miocene
Cantaure Fm, E. of San Jose, penisola Paraguanà – Venezuela
[AZFC N. 216-00]
(1) – Roy E. Dickerson (1915) “Fauna of the Type Tejon: its relation to the Cowlitz phase of the Tejon Group of Washington”, Proceedings of the California Academy of Sciences, Fourth series, Vol. V, N. 3, pp.33-98
(2) – Frank M. Anderson and G. Dallas Hanna (1925) “Fauna and Stratigraphics Relations of the Tejon Eocene at the Type Locality in Kern County, California”, California Academy of Sciences, San Francisco
(3) – Landau, B., et al. (2007), “Southern Caribbean Neogene palaeobiogeography revisited. New data from the Pliocene of Cubagua, Venezuela, Palaeogeography, Palaeoclimatology, Palaeoetology”
[AZFC N. 216-00] = The number in my collection
We use cookies to ensure that we give you the best experience on our website. If you continue to use this site we will assume that you are happy with it.Ok